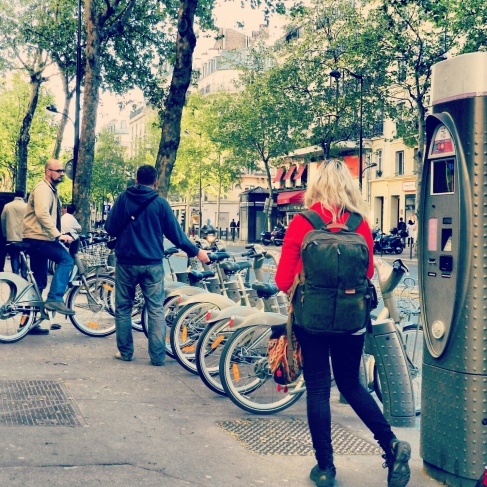 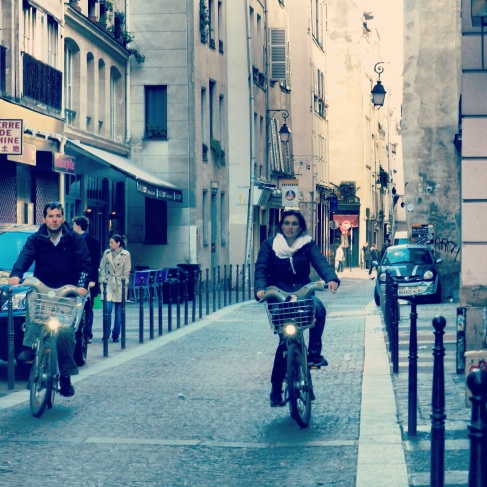 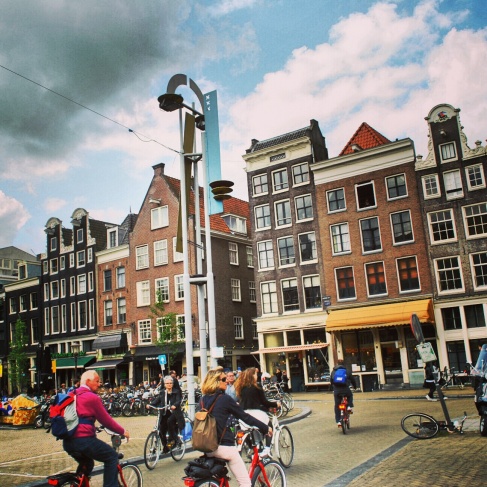 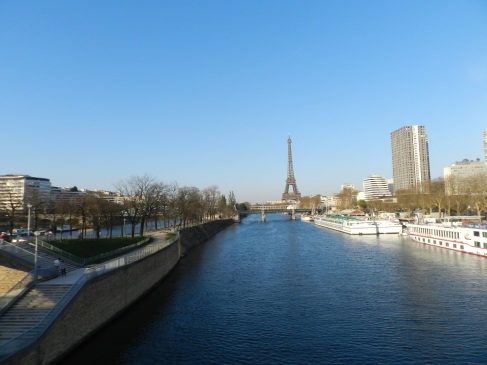 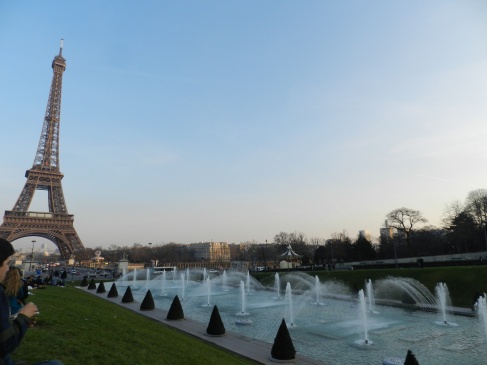 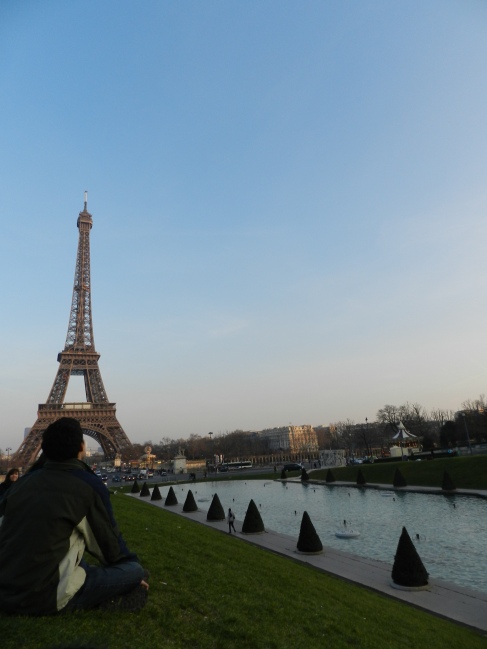 Mobility or movement is one of the biggest challenges that faces by many cities in the world. A city must able to provide efficient public services so that the society could comfortably enjoy the city by working, shopping, or travelling (Rubini, 2010). In line with the rapid movement development of the urban people, the business of providing the new transportation innovation to support the mobility grows fast. Transportation mode provider now becomes one of the most interesting and beneficial business. Efficiency and affectivity is the main concern of the modern people especially related with time and money. Indeed, transportation gives big contributions on the city development especially in economic, but in environmental aspect transportation more gives negatives impact. Environmental degradation and global warning are the main issues that caused by air pollution.

Here is some example of bicycle track around the world: 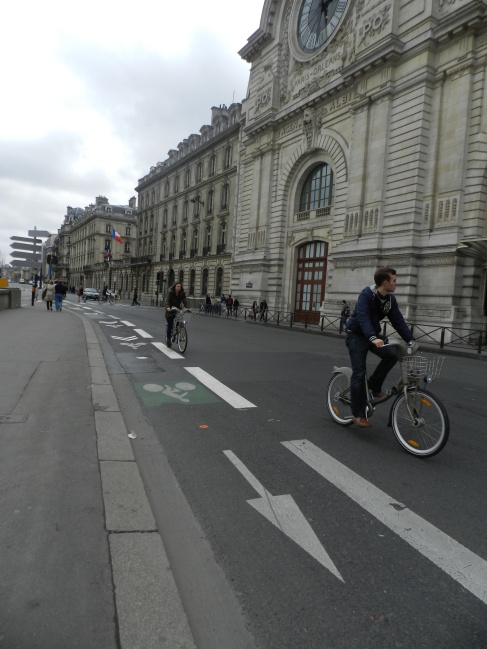 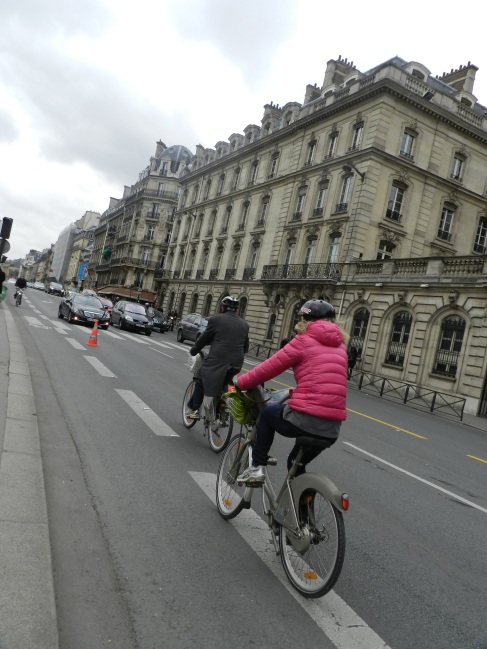 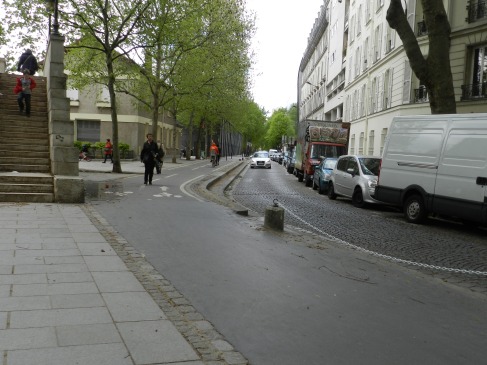 Suwon ecomobolity village are great innovation to introduce ecomobillity towards people. The street is walk able and comfortable with many restaurant and cafe around. Although it seems to be lack of greeneries, the weather is quite hot in the summer and greeneries will help this condition.  By new walk able street people in Haenggung dong village are encourage to leave their cars behind and start to ecomobile and enjoying the live and feel of their own village.

Now in Haenggung dong many people started to believe and feel comfortable with the less cars condition. But the mayor has to step back a bit to fulfill the people ultimatum to let the car move in again a week after the opening day.  Although some challenge still remains unsolved the mayor has doing the best he can do to give an example and impulse to the ecomobility development.  The commitment towards ecomobilty encourages Suwon City to give bigger incentives to the people so that the ecomobility message could be heard. Did it already hear? No not yet, a bigger effort is still needed to reach sustainability. And for almost 30 years ecomobility being develop Indonesia, Philippines, and some others developing countries are still wondering when? How? And who? Would do the first step towards ecomobility. We have leave those question behind and started to planned and change it immediately if we would like to secure the future generation condition. 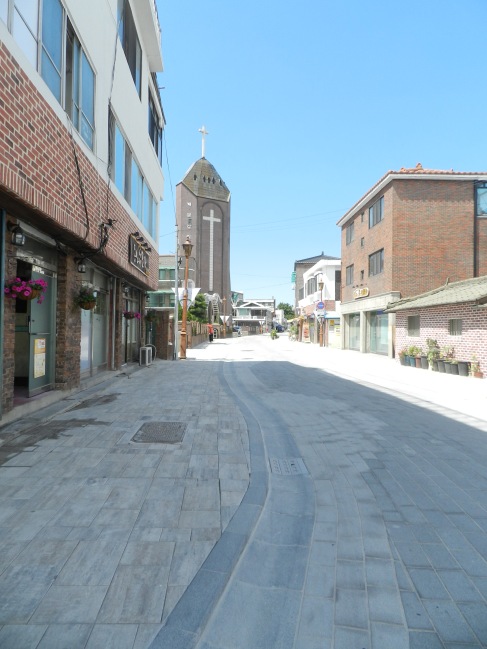 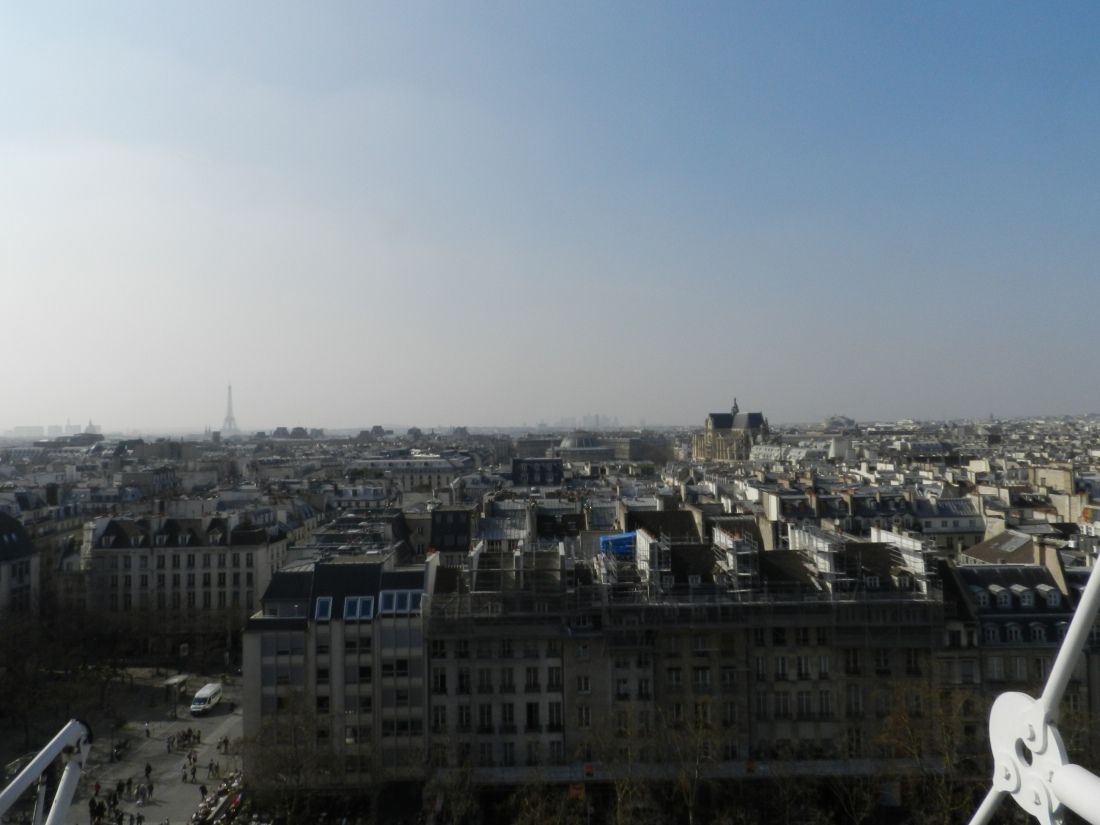 Les Halles was the location of the center city transport that provides more than five train lines. The number of lines that provided brings Chatelet-Les Halles became the busiest station in Paris. The station is most crowded during the times of departure and got off work at 08.00-10.00 and 16.00-19.00. During this hour many people moving together toward each destination.

These movements bring a huge impact on the development of the surrounding area, supported with the existence of a various facilities that are provided for the Paris citizen. These facilities include large shopping mall named Forum Des Halles, city parks, as well as pedestrian ways are equipped with an extensive range of shops with typical Parisian architecture of the middle ages. The existence of these facilities form the function tends towards trade and services. As well as the main activities that dominated by trading activity and recreation.

The movement is an important element in the development of a particular area especially for trade services. A large movement towards the location indicates the area accessibility and Les Halles is one of the locations in Paris that have a high level of accessibility, not only for private car but also the accessibility of vehicle access from public transport in the presence of Chatelet-Les Halles. But in the case of this area of activity and function that is the result of history. 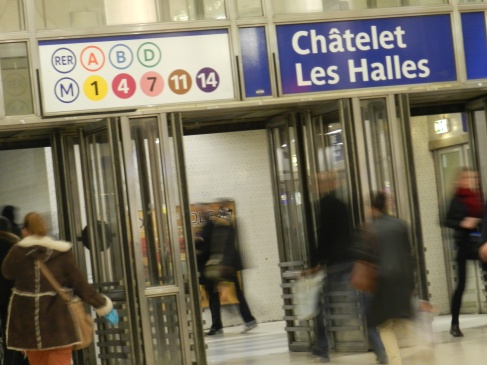 Since long time ago Paris city citizen have known les halles as the trade and services center. This function even has already existed since the seventeen century when napoleon bonaparte ordered the construction of a large hall as a meeting point location. So then the government developed ten baltard as the trade and services location. Until in 1971 the tenth baltard has to be torned down because of the existence of traditional markets that is no longer considered to be accordance with the development of cities.

The trade, services activity and function are being stopped for eight years as a result of the destruction of the market. Then in 1979 the government of Paris has the initiative to build shopping center with futuristic architecture named forum des halles. Trade and services has been growing since that time until now. So that intermodal movements in les halles is just supporting the accessibility to this location. While the functions and the activity of this place is not derived from the movement of intermoda but it was a result of the history of the area in which are already known by the Paris citizen.

Tram, one of my favorite public transportation. Someday Indonesia will have it!!! must have it!! 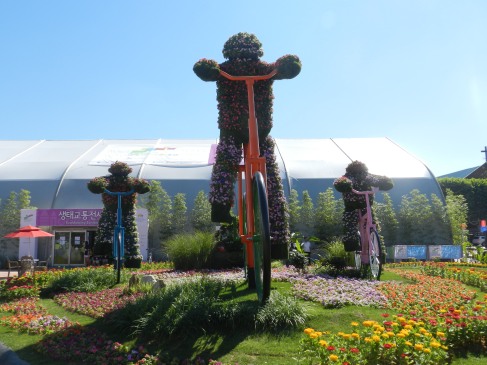 Participation is a familiar world to say today in urban planning study and program. Why is it popular? Because many experts believe that participation is the main key of success especially in Planning. Planning is aiming for public domain like Friedman said and done for a better condition in the future. So when those words combined it mean planning is for people, everything to do in planning basically has to be able to occupied people needs.

Participation word can also be found in ecomobility perspective which related to social behavior and willingness. Just like what Lagos Moreno mayors Mr Hugo Ruiz said in the Suwon Ecomobility Congress 2013 that ecomobility related with city planning have to be “people proposal” not “government proposal”. Here people contribution is essential because acceptance is the important word in implementation stage (Haag, 2013) and also to reach sustainability. Kyoto’s Mayor Mr Daisaku Kadokawa also stated that government and the people have to hand in hand to meet a better future condition by ecomobility. Why ecomobility need people? Because ecomobility is everyone rights, its human rights.

Here in Suwon, the host of ecomobility festival, the mayor Mr Tae-Young Yeom encourages haenggung dong people to take big part in this ecomobility program. They working together to move private motorize vehicle aside and started to use non-motorized transportation, which is a great example of partnership. Suwon has try to improve their cities step by step, in fact before Suwon there is some others cities in the world working in the same goals, ecomobility for a better living. Kyoto in Japan, Freiburg in Germany, Kaohsiung in China, and some others cities in Asia, Europe and America are in stated of improvement and development, and hopefully many others cities in the world could follow their effort on encourage people to participate on the planning, so that they could understand and implement ecomobility.

Participation always need trust, people trust have to be gained by the government to be able to reach their goals and objectives. In fact if we see in developing countries corruption still remains to be the first challenge in gaining trust. Indonesia is one of bad cases of trust issues, because it was one of the most corrupted countries in Asia. People trust are low, they don’t believe to the government program and planning. How come? Because many planning in Indonesia are lack of implementation, besides sometimes it pushes aside the people aspiration. They have failed to reach the people heart, failed to gain people trust and rebuilt governance system and condition are the answer of increasing people trust. 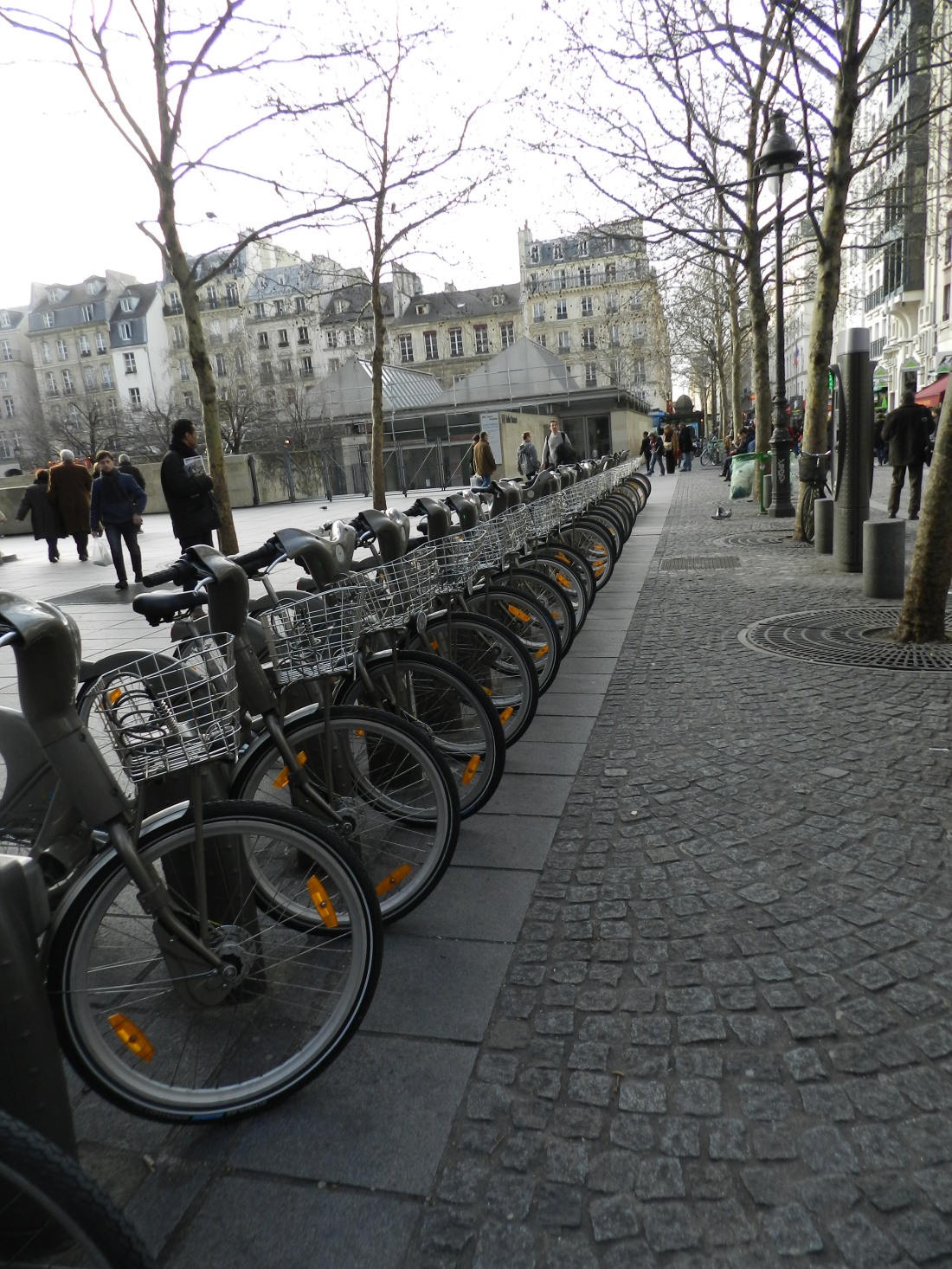